Do You Believe in Magic 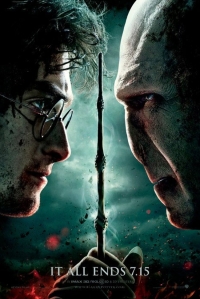 I can still remember the first time I saw the Harry Potter and the Philosopher’s Stone. Before even that first film came out, my family (mainly my mum and brother) loved the Harry Potter series. Together, we’ve watched every film as it was released. So when we watched the final instalment last weekend it felt – and this may sound a bit dramatic – like the end of an era. It wasn’t too sad, though, as it was impossible to be unhappy about the end of the series when it was finished off so well. As the tagline of the Deathly Hallows part 2 says “It all ends”, so the film had a sense of finality – even from the beginning – all the way until the end.

The film starts with a scene from Part 1: a very dramatic, very creepy shot of Voldemort breaking open Dumbledore’s tomb and snatching the Elder Wand from the hands of the dead wizard. Voldemort stands, raises the wand, and a bolt of lightning shoots into the sky. That’s basically all that’s offered as a refresher on the previous film, so no “Last Time on Harry Potter”, if that’s what you were expecting (I was). Then the real film starts. 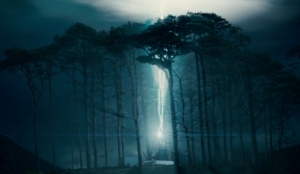 Harry Potter and the Deathly Hallows Part 2 basically picks up where Part 1 left off, with Harry, Ron, and Hermione on a quest to find and destroy all seven horcruxes, which should kill Lord Voldemort (for real, this time). The film follows the intrepid trio on their journey around various parts of the wizarding world, leading up to the final battle at the end.

When the Deathly Hallows was announced to be split into two seperate films, I honestly didn’t think that was a great idea. Who wanted to wait twice the length of time to see the end, anyway? Or have to stay in the cinema for twice as long? Some people might have even said it was just a marketing ploy by the evil Hollywood industry (which is controlled by the Illuminati, by the way) to make people pay twice as much money. But now, looking back, it was definitely a good idea.

Dividing the film in two meant the film makers could stay completely true to the books, without leaving out anywhere near as many  scenes or detail. The Deathly Hallows clearly remained as close to the books as physically possible – I even got deja vu from some scenes because they were exactly how I’d pictured them in the book.

This film is, in my opinion, the best Harry Potter film yet. Certain aspects of the series have definitely improved over time. Like the the CGI graphics, which are absolutely fantastic. My favourite scene in the film includes a white dragon, which was made so expertly I don’t know how they managed to do it. Its tail, for instance, slithered over objects behind the dragon as it moved, in a much more realistic way than just lying there. You could see the dragon’s chest moving as it breathed, and its veins and scratches on its face. A scene just before that: a first-person view of a rollercoaster-like adventure through Gringotts, made my stomach turn over – it felt so much like being on a real ride.

This film is noticeably darker in tone than any of its predecessors, and some parts, as well as the things that happen to some of the characters, might have become horribly disturbing to younger viewers. That said, the film makers were very cautious of this, and they succeeded in lessening the violent content of the film whilst not making it any less meaningful. They lightened the atmosphere significantly with the occasional joke, mainly courtesy of Ron, even in the darkest moments. 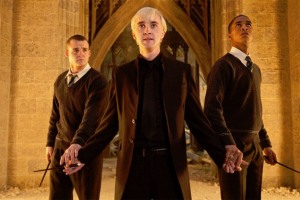 The ending of the film is dramatic and emotional, probably more so for those who have followed the series. It is sad, but also happy, in a way. I can’t give away anything, but in no way will it disappoint.

Harry Potter and the Deathly Hallows Part 2 is the best film I’ve seen this year – one of the best ever, even. It was everything I thought it would or could be, and better. It’s breathtaking and absolutely brilliant. Although the end of this film might mean the end of an era, you can rest assured it’s going out with a bang. 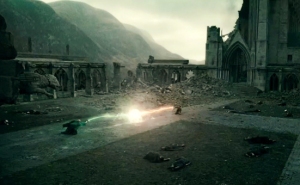 6 Responses to Do You Believe in Magic